Emilio Wawatie is an Algonquin-Anishnabe from Kitigan Zibi and Barrier Lake, Quebec, and is a musician, filmmaker, researcher and educator. Born in Maniwaki and raised throughout Anishnabe Aki in Parc De La Vérendrye, Abitibi and Gatineau; he now resides in Moniak, where he studies at Concordia University in Music and First People’s studies.

Emilio began his musical journey when he started playing guitar at the age of 12 through the influence of his grandfather and eventually pursued his passion for music when he began his studies at Cambrian College, where he studied classical guitar, at 22 years old. It was at Cambrian College that he started to build his musical foundation and received training on the classical guitar with Matthew Gould and Allan Yzereef, where he prepared, organised and performed a graduating recital.

In 2017, Emilio joined Concordia University’s Major in Music program, where he studied with classical guitarist Tariq Harb for two years. Upon Emilio’s arrival at Concordia, he began taking classes in First People’s studies (FPST) and gained more and more interest in pursuing interdisciplinary studies that incorporated music and FPST. Halfway through his undergraduate studies his educational path began to shift towards research and creation and has since begun to move away from solely music studies. Currently, Emilio is going into his 5th year at Concordia and will be pursuing a double major in First People’s studies and completing the remainder of his music degree.

Emilio’s work has been geared towards research and creation with strong focus on Algonquian music and artistic styles of both traditional and contemporary practices. He is currently beginning work on his first EP with the N’we Jinan project and has recently become a guitar teacher at the Preville Fine Art Centre. 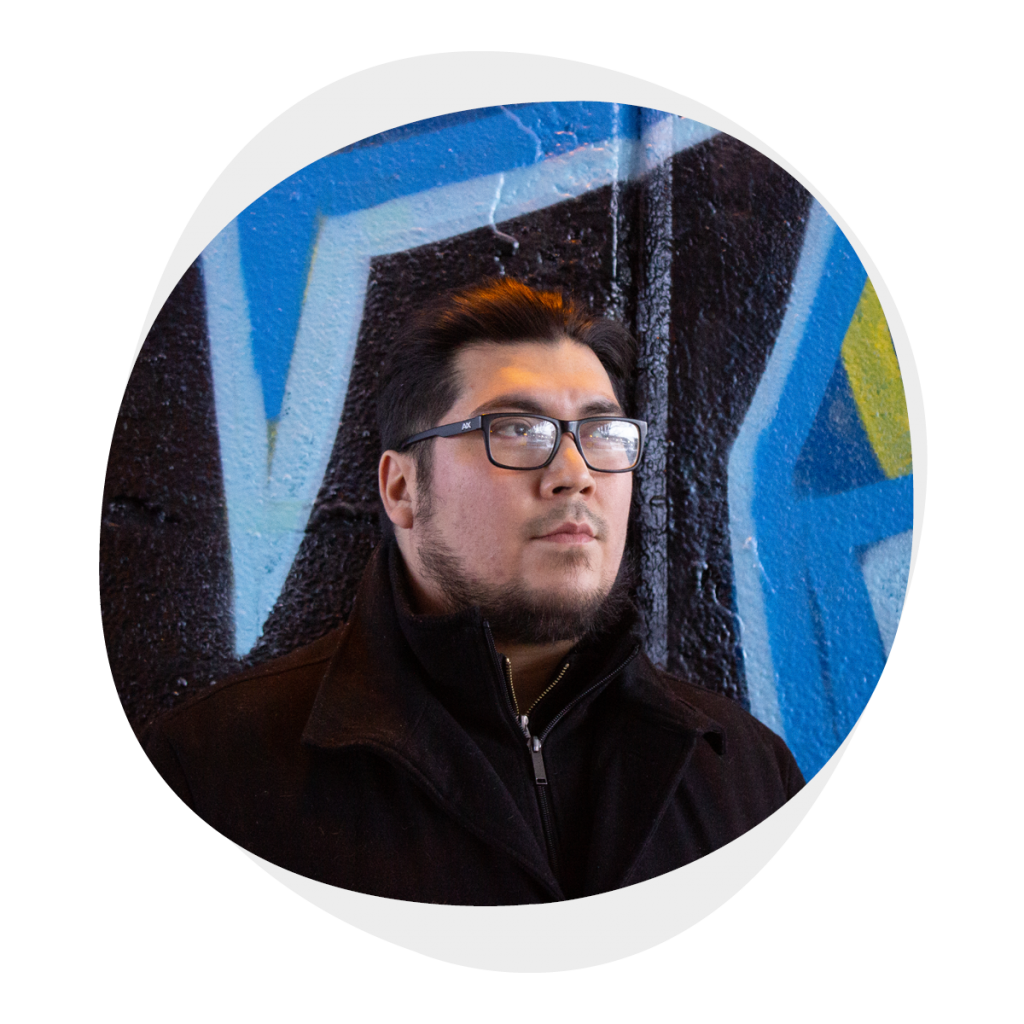