Tom Bulowski is an accomplished painter and digital creator whose sensitive work reflects the committed person he is. Born to a civil engineer who emigrated from Poland and an Anicinabe mother, Tom has always lived between two worlds, often acting as the bridge between the two. In his life and in his work, Tom is dedicated to causes that are dear to his heart, especially the social injustices suffered by First Nations people. His compassion is the driving force behind an overflowing creativity that uses today’s tools to honor the past and design more inclusive futures. He also lends his talents to the region’s cultural scene. In particular, he was one of the administrators of the Festival de contes et légendes en Abitibi-Témiscamingue. He is currently a project manager at the Val-d’Or Native Friendship Centre and is considering a second solo exhibition project.

Growing up, Tom spent a lot of time in the bush with his family. His father regularly took him with him and taught him how to trap and fish. As a child, Tom showed a keen interest in the arts and when he finished high school, he moved to Montreal, where computer graphics and graphic design were in full swing. After completing his studies in 2003, he quickly found a job with the First Peoples’ Festival, which still uses the logo created by Tom. This first collaboration marked the beginning of a wonderful professional journey that continues to this day, but above all, has become a quest: that of his identity.

In the years that followed, Tom took part in the Festival as an artist and the research he undertook to realize his projects allowed him to discover indigenous legends, traditional games, Anicinabe iconography and all those aspects of his culture that he had not yet had the opportunity to explore. Afterwards, Tom worked for several graphic design agencies, mainly in advertising, while keeping in touch with the Festival.

In 2009, Tom returned to his region to live near his family and lent his talents to local newspapers. However, he quickly grew tired of “graphic design on the production line” and, feeling ready for a new challenge, he joined the Val-d’Or Native Friendship Centre – where, by the way, it is possible to admire his works, which combine tradition and its symbols with modernity through the use of digital tools. – He successively held the positions of Social Economy Coordinator and Director. In parallel, Tom is pursuing an artistic career that has led him to present several exhibitions. Each of them is an opportunity to show his colors and to denounce the injustices he observes. His first solo exhibition, entitled Code Rouge, was presented at the Connivence Gallery in 2015

« If I can be an incentive for others, a motivator and if I can mobilize young artists, especially those living on reserves where life is not always easy, it would be interesting. »

In all that he accomplishes, whether through his art or his social involvement, Tom often finds himself playing the role of an intermediary, a connecting link. His involvement with Indigenous cultural milieus, particularly in the wake of the First Peoples’ Festival, has instilled in him the desire to contribute to expose the injustice suffered by First Nations people. He gets involved so that his loved-ones and, more globally, his people, feel proud of their identity and culture. Driven by a compassion of a rare power, he is not one of those who ignore the suffering of others. His art is a means of getting involved in causes that are dear to his heart, including suicide prevention, the fight against drug and alcohol addiction, social exclusion and racism. “Son of two nations that were invaded and attacked”, he wants his art to act as an invitation to rise up, to show his pride. Art, he intimately believes, has this transforming capacity that knows how to bring out the beauty of pain. Tom dreams of fairness for the future, he envisions a society where Indigenous cultures are restored to their rightful place and become a source of pride for all. He is actively working to build new relationships between peoples, based on mutual trust, patience and listening to each other.

« It must be brought in a sound way, without fuelling the fire. We must not feed hatred, but bring people, especially those who have lived through social exclusion, towards something positive. » 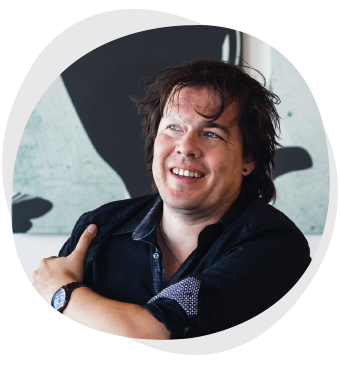