Cody McKenzie-Sackaney is a traditional Anishinaabe dancer from Timiskaming First Nation. In addition to participating in a dozen or so powwows annually and making performances at various cultural events, McKenzie-Sackaney gives lectures on his educational experience, teaches the rudiments of grass dance and gives a hand to people making their very first Regalia. Dance and culture have brought positive changes in his life. Active community involvement is for him a privileged channel to share benefits of dance and culture. Whatever the project he undertakes, McKenzie-Sackaney tries to live his life in keeping with Anishinaabe values and maintain a healthy and harmonious lifestyle. With this in mind, and to acquire the necessary tools to help his people, he completed the National Native Alcohol and Drug Abuse Program at Canadore College, North Bay (Ontario). His diploma and his art are valuable assets for a young man committed to collective well-being and moved by a profound faith in culture for the resilience it has brought him.

“Culture has been one of the biggest components in my life that definitely helped me get where I am today. […] There is a saying in the language, mino bimaadizawin, which means “living a good life”. That’s basically how I try to live my life. I try to live my life to the best of my ability and if I’m able to give back to people, to the youth, I’ll do that. To help others is my main motivation.”

McKenzie-Sackaney learned how to dance through observation, watching clips on the Internet and studying every movement very carefully. Alone in the basement, he virtually “attended” powwows taking place in every corner of the country, watched each key sequence of the clips over and over and dissected the dancers’ gestures to finally replicate them. One morning, he took his courage in his hands and recorded a video of him dancing with his cell phone. Then he showed it to his father. The man, totally unaware of his son’s passion, was amazed by what he saw and strongly encouraged him to become a dancer. Shortly after, the young man sought help to make his first regalia and participated in his first powwows.

“When I dance, I’m listening to that song and it’s like I’m connected to that song. I am feeling that song, so when I’m dancing, it’s almost similar to a feeling when I’m in ceremony. When I’m finished, my spirit is lifted. I am talking more out of a sudden, I am livelier. It’s a good feeling.”

McKenzie-Sackaney is very pleased that powwows have regained popularity and have resisted to circumstances that could have led to their disappearance. He strongly believes that art and culture have a significant role to play in the healing process of his community. He teaches dance because there was no dance workshop in his community in his childhood. He wants to give young people the opportunity to learn. McKenzie-Sackaney is increasingly involved in the cultural life of his community, because he considers that all those who want to dance deserve to be supported and encouraged. He conducted traditional dance workshops for the young people on a weekly basis until he was asked to introduce them to drum playing and share his experience as a powwow dancer. He also took on the role of cultural well-being and mental health promoter at Camp Kindasawin in the summer of 2019, and helped 25 young people aged 14 to 17 explore the many areas of science on the basis of traditional Aboriginal heritage and knowledge.

“Art is very therapeutic, whether it is emotionally, mentally or spiritually. It is a place where you can express yourself freely. In regard to culture, that feeling you get from dancing or singing, it’s a powerful energy. It does help you. It has helped me a lot throughout my recovery.”

As a young adult, McKenzie-Sackaney signed up for an addiction treatment program integrating traditional Aboriginal healing methods. The young man was introduced to sweat lodges and other ceremonies during his recovery period; once the initial malaise dissipated, he developed a more harmonious and intimate relationship with his culture. Four years later, he returned to the treatment center, this time as an addiction worker. The experience seemed surreal to him; he is grateful and proud of what he has achieved. Today, McKenzie-Sackaney wishes that his experience can help young people and his story can prompt others to seek healing and remain confident despite the strenuous efforts it represents.

“It’s up to us to break that cycle. That’s why I became a dancer. Culture can be used for recovery.” 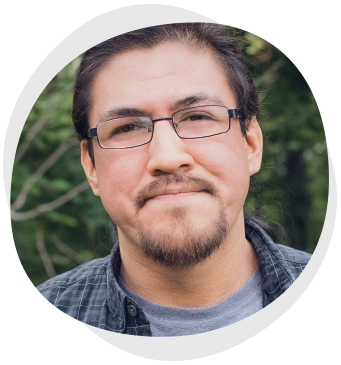